Shelley Kleyn Armistead’s two sons are hoping to open a bakery—somewhere they can do recipe development and eventually incorporate a marketplace, if the economics work out. But since they’re 8 and 12, they may need to put their dreams on hold, at least temporarily. It’s only natural that they’d be interested in the culinary arts, given that their mother is partner and COO of L.A.’s Gjelina Group, which runs the celebrated eatery Gjelina, the more casual Gjusta, and GTA (Gjelina Take Away). They’re some of the most-beloved dining spots in Los Angeles, and Armistead’s central role means her sons are thoroughly exposed to the ins and outs of the business. “They’re in the food story whether they like it or not,” she says. “Just by osmosis.”

Her sons aren’t the only family members with a passion for baking. From around age nine, when Armistead was growing up in Cape Town, South Africa, she’d get home from school and bake. At college, she and her roommates lived in a “glorious house” and were all food-obsessed. “Of course, that was partially because everyone smoked copious amounts of weed, so we always had the munchies,” she laughs. Armistead spent college afternoons reading recipe books and coming up with dishes; she saw the food world as her ticket out. “Let’s face it: If you can use a knife or take orders, you can pretty much get work on any continent,” she says. “Those skills can take you everywhere—and they have taken me everywhere.”

Armistead’s journey started with waitressing at night to pay for her first degree. After graduation, she took off traveling, making her way through Africa and Europe before ending up in London. “I wanted to study again,” she says, “and like everyone else, I was obsessed with the River Café there, so I was very, very lucky to get a job with them as a server while I studied for a bachelor of science degree in nutrition and homeopathic medicine.”

As she was graduating with her second degree, River Café co-owner Rose Gray convinced her to stay in the industry. “I said, ‘No, I’m gonna change the world through homeopathy,’ but she said, ‘Bullshit.’” Given that Armistead was stepping out into the world with copious student loans, she relented. “Being in the nurturing bosom of Rose and Ruth’s family and going straight into a salary just made complete sense,” she says. Armistead stayed on as manager until leaving to help open what would become Notting Hill’s members-only club Electric House of the Soho House group; she stayed on in the company for nearly 12 years.

Three years ago, Armistead joined the Gjelina family as a partner. “We’re all obsessed with food and great wine, but beyond that, we’re passionate about art and literature and poetry and music and politics, particularly when it comes to environmental sustainability,” she says. “This job just felt like a natural evolution.” In addition to the as-yet unnamed Japanese restaurant opening in L.A. this year, (the fourth jewel in the Gjelina crown) she’ll become bi-coastal when Gjelina opens a farm-focused restaurant in NYC, its first business on the East Coast. There’s even a Gjusta Goods, a shop which opened in December 2016 and offers a slew of unique pieces—from pottery, to vintage clothing, to poetry books, to table linens—that fit into the company’s overall ethos, some of which Armistead sourced on her travels. “The store’s a representation of things we love,” she says, “a sweet, evolving snapshot of our conversations over the past three years.” Overseeing all those properties certainly keeps Armistead on her toes, but she doesn’t seem fazed. “If you think about it too much, you can get overwhelmed,” she says. “But I’m surrounded by great people,” she says. “It sounds cheesy, but I literally have the best job.” 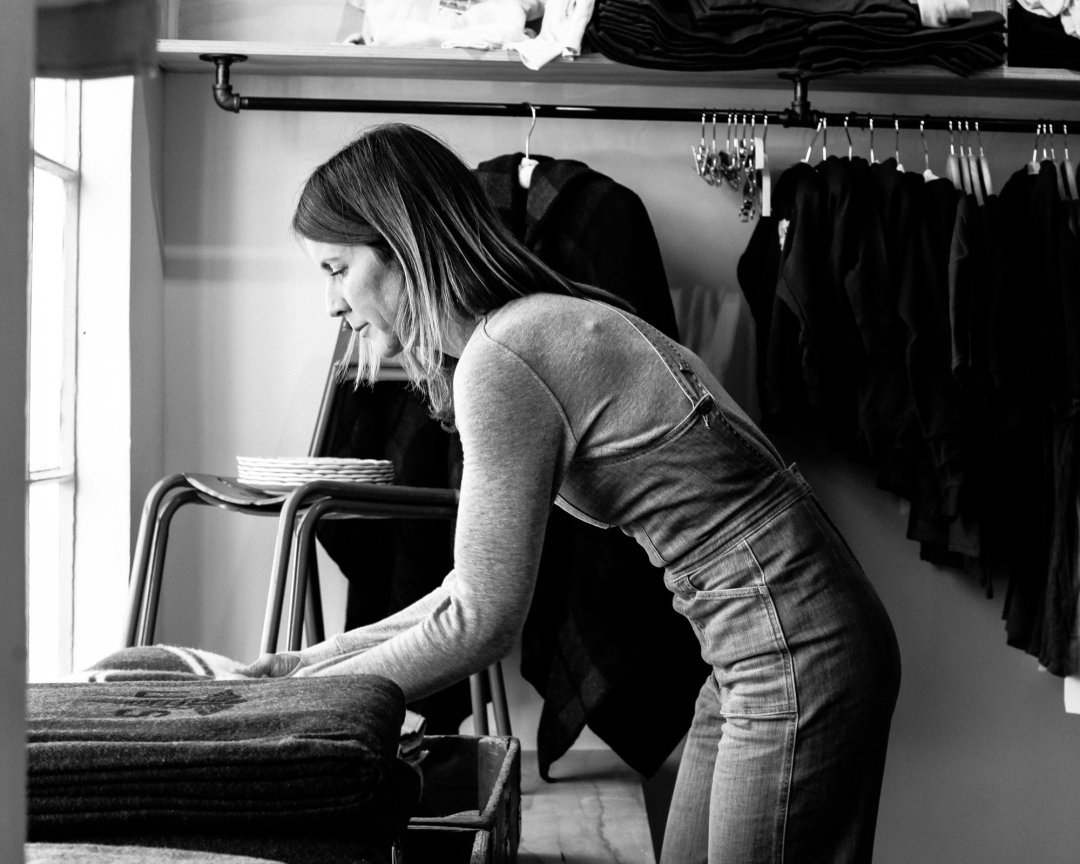 RETURN TO THE HOME PAGE

A Special Recipe by Travis Lett

In collaboration with our friends at Venice-based restaurant Gjusta.